Kathleen McPeake is the Chief Compliance Officer at Chimes. The Compliance Department makes sure that our organization follows all laws, regulations and health care requirements. Kathleen sees herself as an easy-going person, and says, “Sometimes people hear the word ‘compliance’ and are afraid, but I am only here to help.”

When Kathleen was attending law school, she volunteered with Catholic Social Services Office of Migrants and Refugees in Philadelphia.  After law school she worked for an Immigration Law practice for several years before taking some time off to raise her children.  She shares, “When I was ready to return to work, changes in the Immigration laws had made it difficult for me to help anyone, so I went to work  for a Medicare Contractor and I made decisions on Medicare Appeals that were filed by hospitals that were denied payment.” 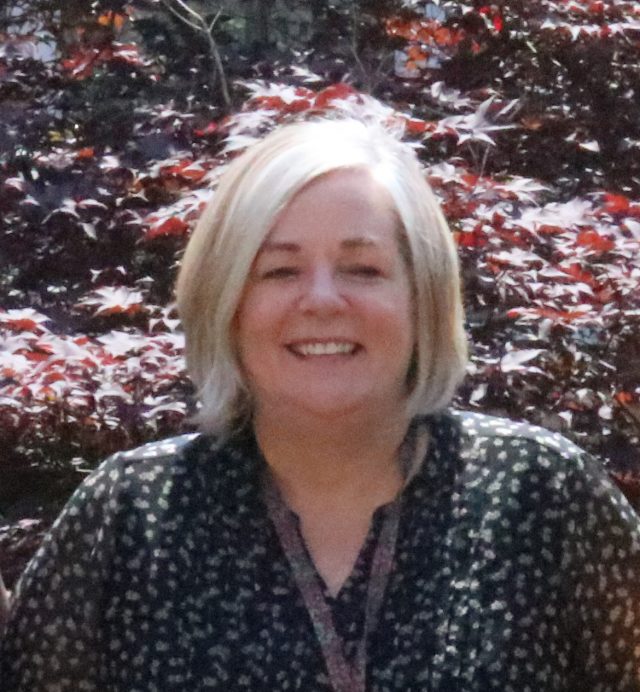 Next, Kathleen and her family moved to Maryland when she took on the role of Compliance Program Manager for the John Hopkins Hospital in Baltimore.  “I liked the idea of being able to use my knowledge to actually help healthcare providers put processes in place to make sure that they were compliant.”   She was then offered an opportunity to create a compliance program for Pivot Physical Therapy, a company headquartered in Maryland, that operates in six states and Washington, DC.

Kathleen has been with Chimes since earlier this year.  She says, “I came to Chimes because I was ready for a change. I like a challenge and I think I had accomplished all I had set out to do at my previous position.  The program here at Chimes is new, and that appealed to me.  I also love the mission of Chimes. The more I learned about Chimes the more I realized that I really wanted to be a part of it and help it grow.”