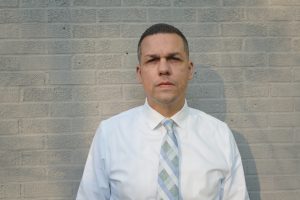 Baltimore, MD – Chimes Family of Services, a nonprofit provider of support and services for adults with intellectual and developmental disabilities, recently announced that Steve Adams has been named Director of Community Living for the organization.

Steve brings nearly two decades of experience in the nonprofit human services field to his role with Chimes. Throughout his career, Steve has worked with adults with intellectual and developmental disabilities and children who are survivors of abuse and neglect. Prior to joining Chimes in 2019, he successfully managed several large, multi-faceted residential programs throughout the region.

“Expanding the scope of Steve’s responsibilities is a natural and important next step in our strategic plan to synchronize our service lines as a multi-state organization,” said Stacy DiStefano, COO of Chimes. “Over the past few years, Steve has demonstrated his ability to strengthen the quality and operations of community living programs by improving process, weaving in best practices, and bringing his calm, practical supervision style to the direct care teams.”

Chimes was founded in 1947 as a school for five children with moderate intellectual disabilities whose parents rejected the then prevailing wisdom that their children would never achieve meaningful or productive lives. From those modest beginnings, Chimes has grown into one of the industry’s largest providers of services and supports for people with barriers to independent living. Today, Chimes Family Services offers a wide range of programming, including day habilitation, residential, educational, vocational, employment, and behavioral health services and supports for nearly 24,000 individuals annually in seven Mid-Atlantic States. Chimes is also closely affiliated with Chimes Israel through Board representation, and assistance with program design and funding. Chimes distinguishes itself from other disability service providers through its unique emphasis on client centered, evidence-based program design.